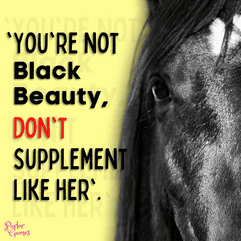 Have you ever been talking to someone, and they mention something you’re not familiar with, and you say, ‘hey, what is that?’

And you immediately regret it for one of three reasons -

Well, we don’t want to be that guy like that and we’re not just going to keep repeating the word estriol at you over and over again. What we are going to do is break things down so you understand why you’d be interested in the first place.

There are three major estrogens made by humans: estrone, estradiol and estriol.

Estrone is an estrogen made in the body by metabolizing estradiol or another cutely named molecule called androstenedione, and it is rarely used in supplementation. The estrogen Estradiol is the most widely recommended estrogen for menopausal symptoms. Estriol has great benefit to the cells of the vagina but has little effect on breasts or bone. The good news about that is that it doesn’t seem to promote breast cancer and may even be protective against it for most women. So, if a woman has vaginal dryness and/or vaginal cell atrophy, estriol is the best type of estrogen to use.

Premarin used to be the first choice, but both doctors and patients have begun to realize that Premarin isn’t estrogen per se, it’s an estrogen like substance found in an extract of pregnant horse urine. Ew. That urine includes both the estrogen estrone, found in humans and horses, and equilin, an estrogen found only in horses. Double Ew.

In contrast, when you use estriol or estradiol, you know exactly what you’re getting: a bioidentical hormone, meaning one that exactly matches what your body makes.

Now that you know why you would want to take estriol, the next logical question is how?

The most common options are pills and creams. Taking a pill means that it is first broken down in your liver. As much as 80% of the hormone in a pill is broken down in the liver, leaving 20% to be used as active hormone. That puts extra strain on the liver.

Creams have become a popular alternative; because they are absorbed quickly and easily into the body, you need to use a lot less, and it’s easy to vary the amount you use. For example by using half a pump or a pump and a half if needed on occasion.

*If scattered vaginal spotting occurs, it is wise to consult with your doctor to rule out the risk of cancer of the uterus. Several recent studies show that progesterone is an important protector against cancer of the uterus, as well as against breast cancer. Progesterone is a major hormone and, after around age 40 we make less and less. So while you are learning this cool stuff about estriol, check our Progesterone blog here.